It’s been in the rumor mill for some time but finally in November 2020 Apple made the official announcement – Apple Introduced the M1 processor and the very first batch of hardware based on it.

Not exactly sure what all the advantages of the new chip is, but I do feel it is here to stay. And with that I went ahead and got myself a laptop running the new M1 processor. It’s a MacBook Air with 16 Gb of memory and 500 Gb of flash storage. My initial plan is to avoid the Rosetta Translation Environment – as long as I can. I am running into a few issues and am trying to find workarounds. We’ll see how far I get.

Fleets from twitter will be the most recent addition to a concept that first started with SnapChat. I must confess – I never quite understood the whole idea. But of course, I also don’t understand ever deleting / destroying / throwing away anything.

Of course things live out their “need” or “relevance”, i.e., the lives and then they go away naturally. That to me makes sense.

I use my Mac for both work and personal reasons and I do prefer to be on the newest OS level. While I am pretty sure that most of my personal needs will be supported by the new macOS, I am not necessarily as confident of my professional needs. For some context, here is my “Dev Env Setup” that I follow / maintain.

The following seem to be working properly, i.e., w/o any issues (so far).

I have been paying more and more attention to both side of this “Cryptocurrency” – the technology (i.e., Blockchain) and the market (i.e., bitcoin).

But the market / bitcoin also has 2 sides – it’s application and the “market”.

Some examples of current goods / services I could pay for in Bitcoin if I wanted to. 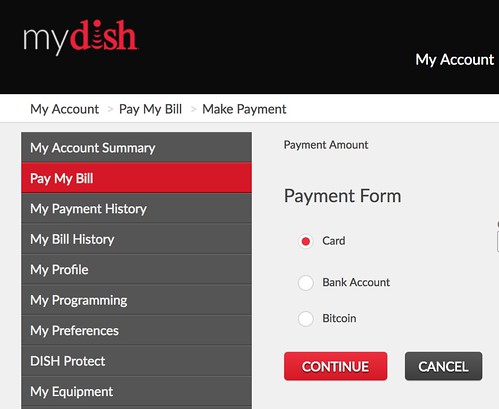 At $159 these are going to be the most expensive pair or head-phone thing I will have ever bought.

But I am excited about it. I only hope it switches from my various devices as well as they eluded to in the Apple Event.

I am a bit disappointed that these won’t be available till October 13th (and that they are going to be $159 for a pair).

Sure – the term “High Mileage” is relative – but I am thinking in terms of cars that are on the roads today in my area. Most of them, I believe, get somewhere between 14 and low 20s mpg. High Mileage in this respect would be something in the range of high 40 mpg or above.

Of course, if we move our criteria from conventional cars to hybrids and pure electric (or other alternative) power than the mileage becomes irrelevant.

Glasses and watches are just the beginning – I’m not predicting but guessing.

But really how different is it to wear a device versus carry it all the time? The fact that one is in my pocket, that I constantly take out and check and the other is on my wrist or eye?

Aug 20th – Been meaning to update my previous entry for over a week now (yes, almost since I originally posted it, I know). Seems Netflix started supporting AppleTV almost right away.

Still waiting to see being able to restrict access to a profile.

Aug 10th – This is really awesome, now we can keep our viewing history separate – but is that really what is needed? The main feature that I would be interested in would be to restrict access to a Profile from another. If any user can switch to a diff profile, than this whole feature is basically broken.

Don’t get me wrong, the new feature is definitely an improvement over nothing at all. But I feel like it’s a tease of a feature

My family, mostly our kids, uses Netflix primarily on the TV via AppleTV. Which unfortunately doesn’t yet support this new feature. Which is understandable, it’s a new feature that is still being rolled out. But practically for me, without the AppleTV support this is pretty much a useless feature. At most it’s a nice concept that I am looking forward to.

Just got the “new” flickr app for iPhone – finally I don’t have to use other photography services just because they had a cool app.

No, Flickr doesn’t have all the cool & fancy filters – but the app is much more functional than it has been.